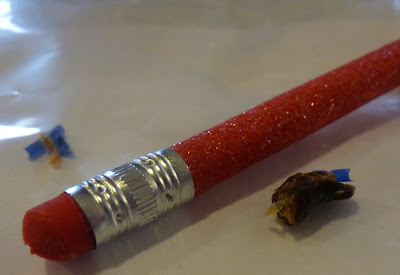 If this was pushing on one side of your ear drum and fluid was pounding on the other, I think we could all agree it would hurt, and we wouldn't be able to hear. Thank goodness it is gone.
Last Monday we scheduled Ellery's tubes for Thursday. The office called on Tuesday to let us know we could avoid a $250 out-of-network charge if we waited until the following Tuesday. It seemed like a no-brainer to wait. However, the decision to wait was greeted with tears and panic from little Ellery. She was petrified she couldn't hear and in pain. Early Thursday morning we called and our fabulous ENT squeezed her in. 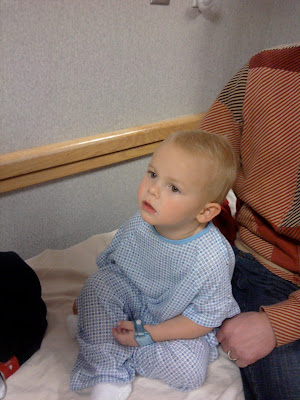 Emmett's tubes went in on Tuesday. He was such a brave trooper. His poor ears were full of pussy fluid and mucous. They also removed his adenoids, which makes the procedure a bit more intense and the recovery longer. He is still quite under the weather. After 2 years of fluid silently sitting in his ears, he should be in a new world. We are hopeful his vocabulary will increase exponentially and his articulation improve.
In 7 days I had 2 surgeries and 4 different doctors appointments. Next week we have 3, but thankfully all with the same pulmonologist at the same clinic. If I just don't think about it, I don't get overwhelmed.
at 3:05 PM

Really a very nice blog i really appreciate all your efforts ,thank you so mch for sharing this valuable information with all of us .
Local Packers And Movers Bangalore