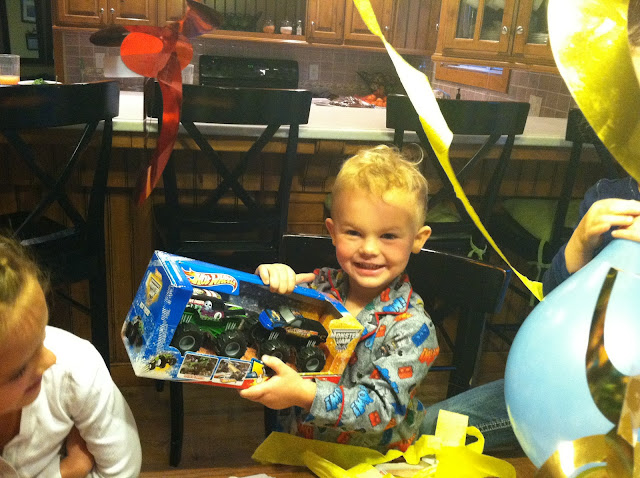 I don't know how long it will be until the halo cracks, falls off, turns to lead...there are myriad possibilities.  But for now,  the golden halo over equally shining locks remains.

Admittedly it pains my heart not being a favorite.  Dad usually wins out, but Emmett has such an abundance of love in him, I still am on the receiving end of a huge smattering. 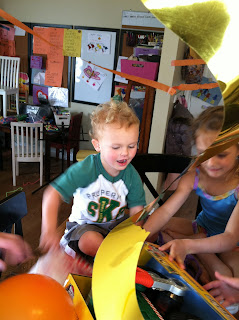 Emmett loves to talk about papa, and play with his model airplane.  His favorite foods are mama's bread with jelly, noodles and mama's sauce, and fruit leather in all shapes colors and flavors.  It sounds like her really likes my food, but unfortunately those three things are about all he likes.  Meal times bring out my only frustrations with this little man.

His favorite book to "read" is "Dear Zoo."  To be read to, "Mother Goose" is still a favorite as well as "Jack and the Bean Stalk" and anything with kind of spooky, but not too spooky illustrations and prose.


Emmett watches carefully over his little sister.  He definitely does not like to clean up, which really isn't too much of an issue because he doesn't make messes, until a friend comes to play.  Then...it's a different story.

Gymnastics, bike riding, scooter tricks, you name it and Emmett can do it.  He is extremely pint sized (in fact people often think Emmett and Berkeley are only a year apart, and Berkeley is not big!) but packs an athletic punch.

Emmett can be quite shy in large group situations.  He loves to cling to mom and dad.  However his golden curls are so irresistible adults just can't leave him alone.  His pronouns are still all mixed up, most confused being "them" and "they."  I could listen to him say "geerwills" (girls) all day long it is so darn cute, and being the only boy amongst 3 sisters we hear it a lot.

I wish I could spend every moment playing pretend with Emmett, he begs all day and cheers out loud when school is finally done.  A casualty of homeschool is not as much one on one with this little man.  I squeeze in my moments when I can.  He is just beginning to get the itch to be a part.  We are starting to learn to write and letters.

Emmett's silliest posture comes when he is bit embarrassed or unsure of himself.  He hunches over, sags his shoulders as low as they will go and drops his head.  "Agghhh.   Nooo,"  he moans.  "I can't."

Most often however, his self esteem is soaring as he strikes poses like this: 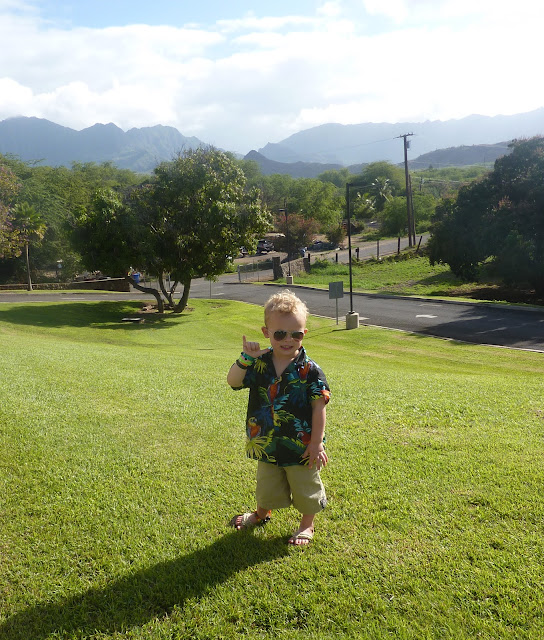 It is so hard for me to let this little one grow up.  I just want to shield him from everything and everyone who is not a perfect as he is.  Alas, I know I can't.   We love you Emmett!