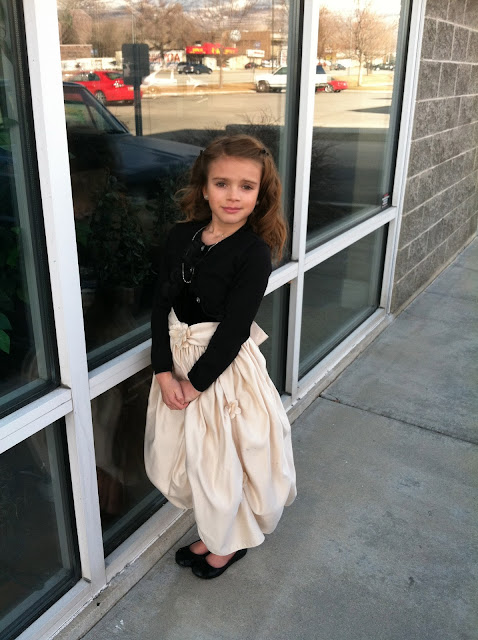 Ellery competed in her second piano competition on Friday.  It was a rough day on all of us.  Ellery was sick with a terrible head cold.  The kind where her nose would not stop running, and her head was pounding.  But in true Ellery style she persevered.  Her performance was certainly not her best, but she walked away with a  "Superior" and one plus.  She was devastated and bawled.  (Her mother's child.)

You win some and lose some.  It was difficult for me to watch, because I know how she can really play her songs.  The perfectionist in me is always leering its ugly head.  I wanted her to have "3 plusses" and play to her ability.  We invest a lot of time into this foray.  It is difficult not to become personally discouraged when my children don't perform well.  Not only do I hurt for them, but it is a blow to my personal pride.  I've got to get over it.  No one is ever at the top of their game 100% of the time, especially when they are sick.   I wish I had a good recording but I don't.  Here is a practice session we recorded.  We were trying to correct some of the awkward postures she moves into.  Forgive the out of tune piano.