The Craft/Computer/Sewing/Bathroom...the Multipurpose Room I Guess! 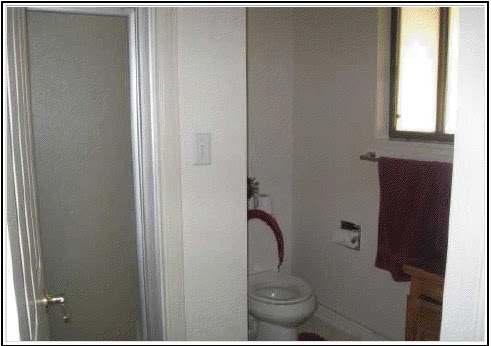 The downstairs bathroom when we bought our home incorporated a shower.  It wasn't clear what the purpose would be.  In some ways I can see the value in having the shower, especially with an unfinished basement, however, we knew it would serve little to no use in our current situation.  It had a linoleum floor and maroon formica countertops.

We decided to remove the shower to make room for a craft room of sorts.  The original idea was to have the room exclusively for sewing.  We were going to build in a desk and office work station in the family room.  That became cost prohibitive, so my craft room became the logical place to put the computer. 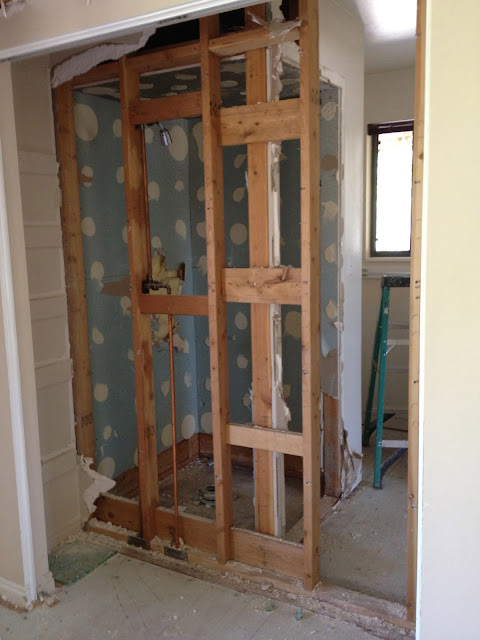 We actually enlarged the space in the room by removing a shallow china closet that was adjacent to the dining room and framing it into the craft room.  We stoppered the shower plumbing at the floor level.

This a view into the room before we cut the window. 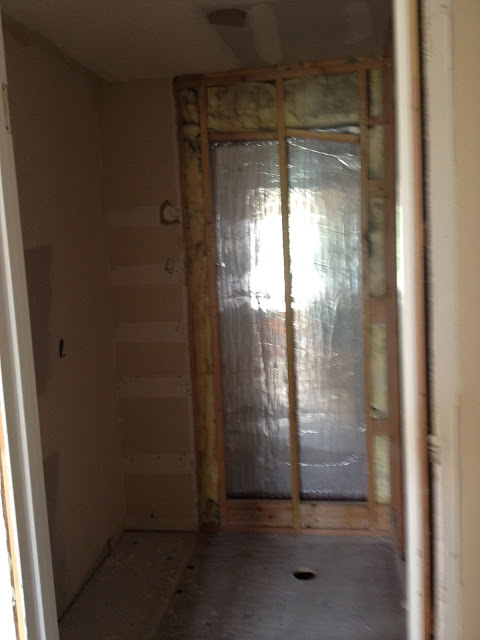 I knew the room wouldn't be nearly as desirable without a window, so we added the largest window we could in the space 3'x4'.   Light makes the biggest difference in a home for me.  This window lights the entire back entry hallway.  What was once a dark corridor is now filled with light, also helped by the addition of a 3/4 glass door to the back yard.


Number one love of my Multipurpose room...close to the action but hidden away!

We agonized over the connection between my "multipurpose room" and the half bathroom.  Because of the location of the electrical outlets and the very small footprint of the "bathroom" part of the room, I was concerned about a door making both sides awkward.  I thought a pocketdoor would be the solution, but there was some venting which could not be moved and the door would have taken nearly 6 inches of space, where space was at a premium.

However, I was also worried about the awkwardness of not having a door. 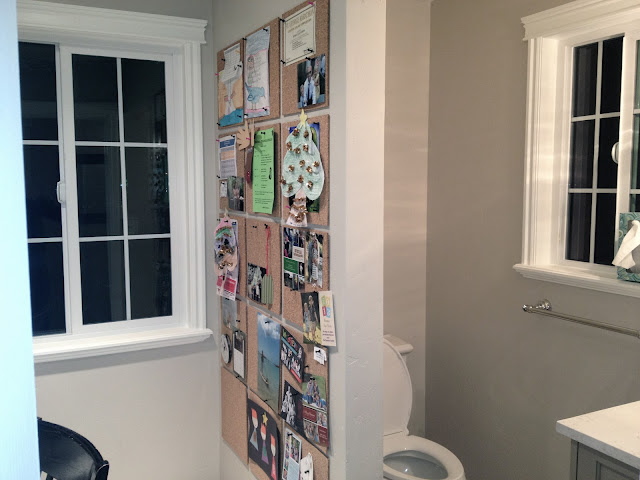 In the end we decided to leave it temporarily open and connected and worry about adding a door later.  It was a good decision.  Clearly in a new construction we would have planned things differently but the connection is rarely an issue. 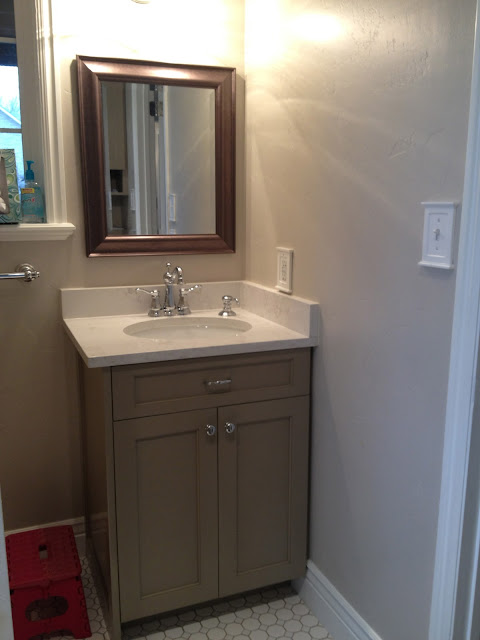 I love this room.  It is one of the most used places in the home.  We have all our mail sorting, bills, homeschooling junk, schedules...The desk is big enough for 2 chairs (I just can't afford to buy them now;) ) so 2 people can work comfortably at the computer.  It is an excellent station for homeschooling.  The kids are very close to the piano and kitchen (in other words all of the action) but we can still close the door to hide mess and for acoustical privacy. 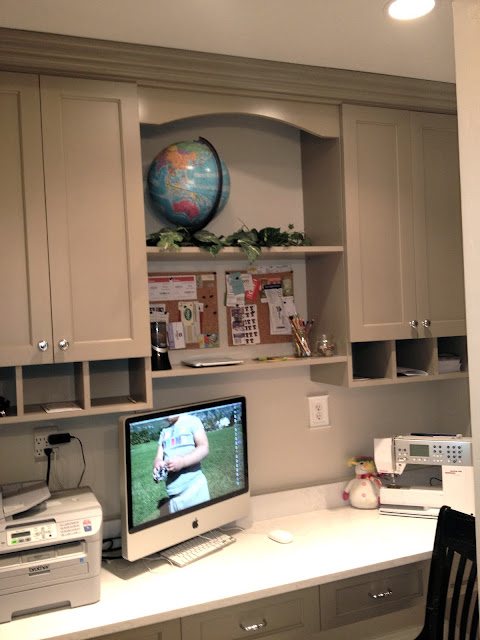 After we moved into the house, we realized one very large blunder.  We had not switched the door swing.  It swung into the room and blocked the drawers and the printer.  It had to be changed immediately.  Eventually I would love a wireless printer I could hide somewhere, but for now it's fine.

Packers and Movers Bangalore as a Services providing company can make all the difference to your ###Home Relocation experience. Bangalore based Company which offers versatile solutions, Right team that easily reduce the stress associated with a ✔✔✔Household Shifting, ***Vehicle Transportation. we help things run smoothly and reduce breakages and offer you seamless, Affordable, Reliable Shifting Services, Compare Shifting Charges @ Packers And Movers Bangalore

I am very much pleased with the contents you have mentioned. I wanted to thank you for this great article. See Instagram photos and videos from 'Gramho' hashtag.

Sri Sakthi dental clinic is the most reputed dental clinic with best Dentists in Coimbatore. We are equipped with the state of the art dental facilities & technologies to provide you with top class dental services & treatments in a warm & relaxing environment.