Las Vegas and The 2nd Amendment

Our vacation started with a visit to Las Vegas where Brent's sister Julie and her family live. We arrived Thursday afternoon and stayed until Sunday morning. 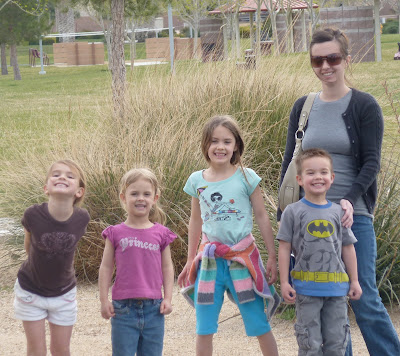 The children had a wonderful time playing on the playset in the backyard, at the park, making up plays, watching movies late at night at their "sleepovers." 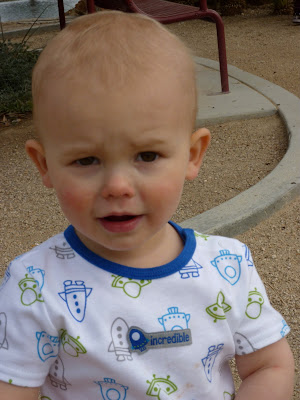 Uncle Julian was there as well. Friday and Saturday brought Brent, Jesse, and Julian together for an (I'll call it) "educational experience." 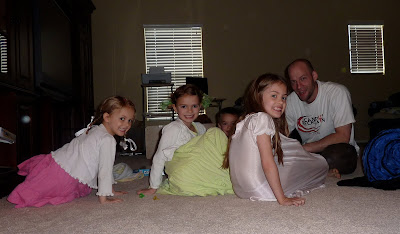 They attended 24 hours worth of classes on gun safety and handling at a place called Frontsite. When Brent first showed me the introductory video I cringed inside. It seemed like a violent video game (which we are completely opposed to). When I learned the philosophy behind the training, however I was convinced not that it was just a good idea, but it was critical for Brent.

Julian bought a membership to Frontsite which allowed Brent and Jesse to tag along free of charge (it is usually quite an investment). If someone would have told me Brent would be attending a class like this 3 years ago I would have laughed. In fact, both of us were uncomfortable with weapons. Neither of us grew up in a home with them. I would describe my personal beliefs as anti-guns, especially in the home. If there is anything I have learned, or rather the theme of my life should be, "People Change." 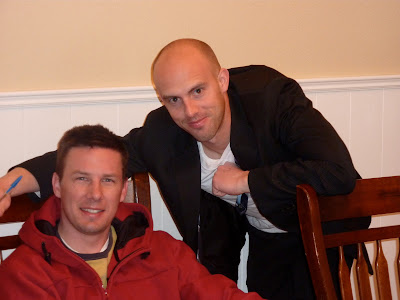 The Constitution and Founding Fathers

The last couple years Brent and I have felt guided to become better students of the Constitution and the principles upon which our nation was founded. One thing the Founding Fathers were passionate about was the right to bear arms. In their opinion, it was a crucial element of maintaining an honest government and land of liberty for all citizens. As our love and devotion for the Constitution has grown, we decided we needed to exercise our right as Americans to bear arms.


Guns in the Home

We now have guns in our home. First, to support the Second Amendment. Second, as a source of self-defense in the event of calamitous circumstances. We do not hunt (although if we had no food left I wouldn't be opposed). We are not trying to protect ourselves from a random intruder. Our guns are stored in locked cases, in a locked secret compartment, in a locked concealed room. They aren't readily accessible, is what I am trying to say.

Am I 100% comfortable with guns in the house? Yes. If my husband is home in the event we need to use them, which I pray we never will. I am not comfortable using them myself. I don't even like to really hold them or look at them. This is dangerous on my part, and something I will need to work on in the future. Right now I am just banking on having my husband around. I will stick with the tazors and pepper spray.

Do my children have any possible access to the guns or know where they are? No. Do they know we have them? Yes. They also understand why we choose to have them in the home.

In my Husbands Words...

Here is an excerpt from an email discussion between Brent and his cousin on owning weapons, war etc. It is worthwhile read if you have a moment.

I believe that the 2nd amendment, peaceful resolutions, non- violence, non sport hunting and defensive wars can all be in harmony with each other. The sacred nature of owning weapons for self defense has been lost in many cases, but if revived, can be the link to correct thinking regarding weapon ownership and the distinction of responsible defensive wars and immoral aggressive wars.

I am not a supporter of the war in Iraq, Iran, Afganistan or anywhere else where life is being lost, unless some country invades the USA and we need to defend ourselves on our own land, war is not the answer. (I don't shoot with friends on weekends, only at ranges to keep my skills every year or so.) I am a strong supporter of the 2nd Amendment, and equally if not more vigilant in my support of defensive wars only (no aggressive wars).

[I hope to] persuade, or at least set the example, for fellow Utahans, conservatives/republicans/ tactical training buffs and anyone else within my sphere of influence of the correct meaning of the 2nd Amendment, the Constitution and their possible ill-directed support of war.

Most people fall right or left, red or blue, MCain or Obama, etc... I don't... I fall with principles (at least I try). I feel it is a lack of education and or too much zeal without correct insight and pride that leads people to these bulwark/immovable left/right only stances. The founders were not war aggressors..they wanted to trade and be friendly with all and war with none, stay out of other countries affairs have a moral nation secured with God given rights and let people make choices.

Weapons and war are a two edged sword, we should only use the defensive edge, it takes moral restraint, much like law makers in regards to enacting laws. Laws are also a double edged sword, there's a side that is constitutional, and liberty loving and a side that is tyrannical and big government. My hope is that I can wake my peers up to the proper perspectives on these issues and change mine if they are not correct...

I agree 100% with...proper training...[which can be expensive.] Certainly some have more money than others. This is not my argument. My argument comes because I believe (my own statistics ...real scientific here) many Americans are lazy and indolent. Much time, money and effort is spent on shopping, attending movies, listening to music, partying, porn, watching TV, etc. There is no desire (or very little) to do something of value, learn the constitution, serve others or to try constantly improve. This is why you [Justin] are such a hero. You serve others and seek to always do so in your charity work.

...Justin started an amazing NonProfit called These Numbers Have Faces. (TNHF) It is an excellent charity which has our full support. Please investigate if you are looking for worthwhile places to invest. And you can count on all the money going to the absolute right places and people. No fluff. TNHF is not about making people dependent on him or his organization. Instead it is about empowerment and education...

Not that leisure is bad or unnecessary but the constant leisure (I see in Utah anyway) and desire to be entertained 24/7 doesn't inspire people to do things of value very often. We live in a very decadent society. My concealed weapon permit course, offered in every state that has gun laws (yes I have a concealed permit, no I do not carry a weapon on me but I felt it was my duty to obtain this. If I support the 2nd amend. I better understand what and why I support it) cost $75 and all other knowledge and training has been obtained for free on the internet or seeking out others with experience that could mentor me.

My point is...these things are available at an affordable cost but the noise of society ensnares people to seek only after self-gratification. IE..I was never a gun lover (I'm still not..I'm just not a gun hater unless you are using it to attack people) but I forced myself to be educated on the issue because I felt it my duty as a supporter of the Constitution.

Regarding assault rifles..It's difficult for me to separate different models of guns from each other, after all they are all designed, big or small with the same objective, to kill.

....My definition of a God given rights fall under three categories life, liberty, and property. So if we agree on what a right is I would say emphatically, we must exercise our rights in order to become what God wants us to become. In respect to guns, the right would be to defend our God given rights of life, liberty and property. As a father and leader of my home I believe it is my responsibility to be prepared to defend (no aggression) my family in the case of eminent danger IE social unrest due to biblical proportion calamity. So in answer to your question I would say Yes..we should exercise our rights.

Regarding Mormons, In general your statement would be close. The Mormon religion teaches people to be prepared; get out of debt; store some food, money, etc for a rainy day. Some take this more seriously than others. Many don't do anything. These things are common sense to me and I have a much stricter adherence to these principles than most...

I couldn't agree more with the good Archbishop...we will learn this during the Second Coming when the .."wolf shall dwell with the lamb, and leopard shall lie down with the kid; and the calf and the young lion and the fatling together; and a little child shall lead them."

Conclusions
While this wasn't Brent's first choice on how to spend 2 days of his life, it was an important way. To handle a weapon designed to kill is a solemn and sacred responsibility. Both he and I agree, whomever is doing the handling must be skilled and comfortable in the operation. So here we stand today.
at 5:57 AM

Hmmm, wonder if we could find a dual course in gun safety and homeopathy and take it together. Would be interested in Brent's take on the course- was two days too much, too intense for what he was looking for?

this is very interesting. my husband would love reading this. i know that i need to be more open to things i don't understand or like. good thoughts. thanks for sharing.

Great post, thanks for sharing this with us. I will share this with my team and friends too. To make yours and your reader’s shopping more affordable, please visit Online Shopping Coupons .