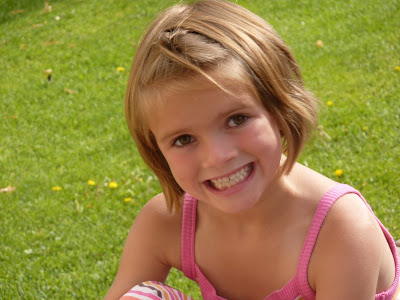 Ellery wrote, memorized, and delivered this talk on Sunday. She did a beautiful job. It was fun to have her experience writing her own talk.

I’ve been asked to talk on, when Jesus heals the sick. And I have some pictures to help me to tell a story.

One day a man named Jarius, a ruler of the Jews, fell at the Savior’s feet. He said that his 12 year old daughter had been very ill. He begged Jesus to come heal her, and since he had enough faith, he knew Jesus could heal her.

Jesus said, “Since you have enough faith, I can heal your daughter.” So Jesus started following Jarius home. But on the way, he stopped to heal another woman.

Jarius was probably really worried about his daughter. When Jesus was talking to the lady, someone ran to tell Jarius that his daughter was dead. Jarius was so sad.

When Jesus heard these things, he said: “Don’t be worried. Since you have enough faith I will heal your daughter.” They went to Jarius‘ house. When he got there he saw a lot of people crying because of the child’s death.

Jesus said “Don’t cry, she is not dead she is in the sleep of heaven.” The people laughed at him and teased him, because they thought he could not heal her.

Jesus told everyone to go out of the room except for Jarius, Jarius‘ wife, and his disciples. They went into where the child was lying. Jesus told the child to rise. She rose and walked.

He told Jarius and Jarius‘ wife to give her something to eat, because she probably wasn’t feeling good still.

Now I will tell a scripture about this story. In 2 Nephi 27:23 Jesus says.

“For behold, I am God. And I am a God of miracles. And I will show unto the world that I am the same yesterday, today and forever. And I work not among the children of men, save it be according to their faith.”

This means that Jesus can still do miracles because of peoples faith.

I know Jesus can still do miracles. In the name of Jesus Christ amen.

Here is a clip of one of the practice run throughs. We couldn't get a full talk recorded without chaos in the background. Such is life with four children. You can see it takes quite a bit of coaching to get a smooth talk :)

I had tried to encourage Ellery to use an outline with bullet points, or to have her talk in front of her. The bullet points idea was overwhelming, and the temptation to just read her talk was too much, when she had it in her hands. She was most comfortable just memorizing.
at 9:40 AM

Wow, that's amazing! What a sweetheart.