Whether your children are in public schools or home educated, no child can or should escape Science Fair.  Science Fair can spark passion and excitement for Science and research in young children.  However, the parents must approach the project properly, directing their child to a successful, rewarding, educational experience.

As a former Biology teacher and Science Fair organizer I found, most crucial to a positive experience is choosing the right project.  Most critical to the learning experience is the critical analysis.  In a critical analysis you can help your child see the weaknesses in his/her project, unexpected results, experimental design mistakes, and ideas to make the project better in the future.   It is the Scientific Method at its best. 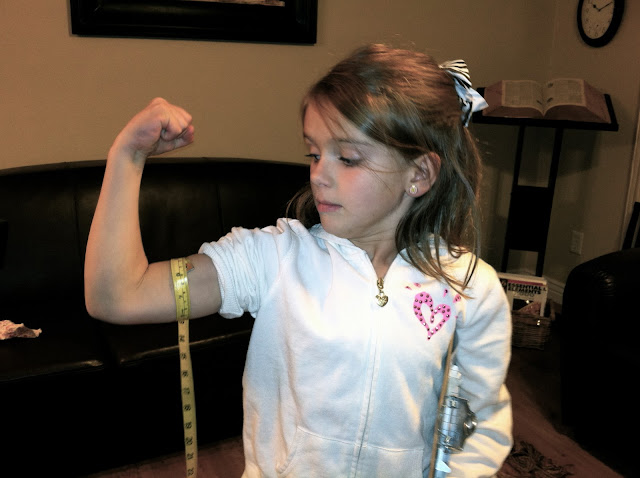 What made me think about all this Science Fair stuff?

Ellery participated in a Mad Scientist Week,  put on as a homeschool workshop.  The workshop included a teacher and about 12 children ages 8-13.  She had a wonderful time.  Activities included bottle rockets, a frog dissection, lots of fun chemistry solutions, and catapults.  Resulting from some communication issues, I found out Thursday afternoon there was a Science Fair on Saturday.  Whoa.

To understand my emotions, you have to realize Science Fair was my "baby" when I taught school.  I put my heart and soul into it for at least 4 months of every school year.  I demanded excellence.  Project ideas were turned in months before the deadline.  Weeks later research, weeks later hard data, weeks later I would teach them to make computerized spreadsheets and graphs... the progression continued until a final project emerged.

Putting together a Science Fair project in two days?  Certainly I realized this would be a major
scale-down.  But Ellery was passionate about doing a project, even though it was optional.  Of course, I would support her.

As teacher, I soon realized the most difficult part of Science Fair for students was choosing a project. I pled with them to choose something they were interested in and passionate about, relating to a hobby, talent, or collection.  At an elementary and middle school level, I think very social projects are of high interest to children.  Anything that requires them to survey or test their friends, neighbors and family is usually a hit.  It is a great way to make Science fun.


(Note:  As students get older and become more competitive, the project's demand more variable control and standardization.  Using human subjects becomes much more difficult, it also requires a lot of red tape, but can be done.)

I recommend avoiding model projects like the "volcano."  Students will not experience the scientific method in nearly the same amount of depth.  Rarely is the model a true model.  Usually they just "appear" to be a model.  Be creative.  Think about what your child and family love and go with it.

For Ellery's project she choose to investigate the relationship between arm circumference and the number of pushups an individual could complete.  It was right up her gymnastics alley, and she dove in with fervor.  She ended up testing 25 people.  She taught correct form and asked several informational questions.  She then made graphs and I helped her analyzed her data and experimental design.  After examining the data it was clear to her she had not controlled enough variables to have any valid results.  Her Dad (100 pushups: the most by 66) and her little sister (30 pushups: the third highest and she had the smallest arm.  Gymnastics seems to be doing something.) were amazing outliers! A wonderful lesson.


The most important things I looked for as a teacher in a Science Fair Project were:

Helping your child to really understand and answer these questions, should kickstart the learning experience, and you probably will come up with a great piggyback idea for your next project.  Now you've done the hardest part and can really delve into the research and create a superior project in the future.

To sum things up:


Any questions?  I'd be happy to help. I'm not an expert, but I do love it.  In fact I had a hard time not ordering a skin caliper on Amazon for Ellery's next project, which will have to include BMI and body fat!

Oh my goodness, I laughed and laughed when I read this about Callista! I love her competetive spirit! :) So cute!